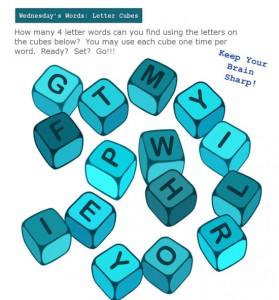 Forgetting things has always been a matter of concern for most of the people. Most are concerned about the scare of Alzheimer’s as well. It has to be emphasized that our forefathers had been much better off during their days. Just as the body ages, the brain too ages and so also a decline in cognitive power can ensue. That is inevitable, but one can delay the onset and slow the progress of the decline with some efforts.

Now- a- days with the advent of improved technology, people are able to communicate better and faster and people from across the globe can be connected easily, but it has caused other problems as well. People are so busy peering into their mobile phones or electronic gadgets, they get frequent eye strain issues and dry eyes, neck and back pain due to the hunched posture, finger pain and wrist pain due to punching the buttons and have the lost of communication and eye contact. There are, however, a lot of people who use the mobile devices as an organizer which stores telephone numbers or helps schedule their appointments or remind them of things to be done. It has reached a point where people have almost stopped taxing their brain or mental capabilities to a point where they do not even recollect their families phone numbers !!! Strangely, many pharmaceutical companies have started capitalizing on this weakness and have brought about “magic cures” to help boost memory. Some medicines being taken for regular ailments have also been implicated in loss of memory !

Most of the time, the brain is not stretched to use its full potential causing it to be dull and lazy.

There are some good and harmless ways to get over this handicap before it gets out of control.

Neurobics is a type coined for the exercises which help the brain.

Playing Sudoku, chess, solving crosswords or the Rubiks cube  are effective neurobics. Writing or drawing with the non dominant hand helps wake up and fire the sleeping side of the brain.

Trying to guess the dish by tasting it while blindfolded also helps to stretch ones imagination. You can add up fun by asking to guess the ingredients used in the cooking of the dish.

Playing exergames ( video games which involve exercise as in X box, play station, Kinect or Wii Fit ) helps creative skills and burns calories as well. These are particularly useful for those staying in places of extremes of climate, for the aged, for those shy to go outdoors and for those who do not have many friends. These also help the younger generation to bond well with the elders and people with joint problems can get moving as well. I do agree a walk in garden or beach side or a park will have its own benefits, but if unfavorable, this is a good alternative. 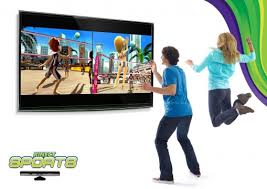 It goes without mentioning that adequate sleep, getting enough sunshine, exercise, having a good social support and a healthy diet all help in boosting brain power.

Try remembering phone numbers or appointments without the help of the mobile gadgets or the organizer.

Socialising and staying calm also help boost the brain functioning. Being stressed out does jolt your brain to standstill. When you are stressed, the brain refuses to think straight.

Though there are medicines which do claim improvement of brain ability, I am not competent enough to comment on those. I would rather you try boosting the mental power the natural way.